The pandemic came and struck everyone down. Esports was conceivably one of the least affected areas. However, a huge impact was seen in the case of CSGO, a first-person shooter released in 2012 but still, one of the most played and watched games around the world. Most CSGOâ€™s LAN hosted events were called off and the others were delayed. Tournament organisers shifted to an online format and that had an influence on the dynamics of the pro-scene.

Limitations of the online events

In the online format of Counter-Strike, the key issue that arose was the difference in â€œpingsâ€. Ping is the time it takes for you to send a packet to the server or in layman terms, the delay in the server's response. Due to different physical locations and the quality of internet service providers, some players found them at a competitive advantage over others. Online events also meant that some players were playing from the comforts of their home which implies an easier battle against nerves. Some teams like Gambit and Heroic performed way better than what was expected from them and the others like Faze and Astralis werenâ€™t able to live up to their legacy. The online viewing experience wasnâ€™t the same as well for the fans. Everyone missed the crowdâ€™s chanting and the playersâ€™ yelling after winning the rounds. Online streams seemed to be empty regardless of casters trying their best to hype up.

Intel Extreme Masters (IEM) Cologne 2021 was the first LAN event to take place after a long gap of more than a year. Everyone in the counter-strike scene looked forward to this event. As the name suggests, it was hosted in Cologne, Germany and players from all over the world joined. Unfortunately, this was without a presence of a live crowd but the hype for this event was much more than that of any online eventâ€™s. The matches commenced on July 6, 2021, and concluded on July 18, 2021. Some teams had to play the first few matches from their hotel rooms due to the quarantine restrictions.

6 teams made it to the Play-offs stage after long Play-in and Group stages. The quarter-finalists were Faze Clan, Gambit Esports, Astralis and Virtus.Pro. The semi-finalists were Natus Vincere(NAâ€™VI) and the G2 Esports.

Astralis, one of the best teams and 3 times Major winners, was able to conquer Virtus.Pro 2-1 in the first quarter-final and secured a semi-final against G2 Esports. On the other hand in the second quarter-final, underdogs Faze were able to upset the current #1 Gambit Esports and met the world #2 NAâ€™VI in the semis. NAâ€™VI and G2 defeated Faze and Astralis respectively to secure their spots in the grand finals. A best of 5 was played but the in-form NAâ€™VI made it look like a piece of cake and clean-swept G2 to win a 3-0 victory. Oleksander â€œs1mpleâ€ Kostyliev was named the tournamentâ€™s MVP after he scored a whopping 4 aces, making a new world record for most aces in a big tourney. He remained unmatchable and indomitable with a 1.51 rating and 0.96 kills per round.

Faze: After terrible performances online and only managing to be in top 40 teams, Faze returned to LAN in great form. After the addition of Twistzz and Olofmiester, the team seems to have good chemistry under the very experienced IGL Karrigan. 20-year-old Broky surely knows his way around the AWP and was a key figure in taking Faze to the semi-finals. Faze has jumped from #36 to #17 in world rankings and are on their way to reclaiming their lost glory.

Astralis: 3 times major winners and the greatest of all time had an okayish performance online and everyone had their eyes on them when CSGO returned to LANs. Their star awper â€˜deviceâ€™ left the roster to join â€˜Ninjas in Pyjamasâ€™ and his absence was felt when Astralis wasnâ€™t able to reach beyond the semi-finals.

Gambit Esports: A new and young lineup that dominated the online era of Counter-Strike was, unfortunately, wasnâ€™t able to perform as good as what was expected of them. Russian roster wasnâ€™t able to handle the pressure of LAN as the Fazeâ€™s Olofmiester said â€˜the squad wasnâ€™t playing with the same big balls they had onlineâ€™. Gambit only made it to the quarter-finals.

G2 Esports: The addition of NiKo and the benching of KennyS had a positive impact on the team, and the bad influence from the team was eliminated. HuNter and Nikoâ€™s duo, also known as the Kovac cousins, is looking pretty solid under the leadership of Nexa. The teamâ€™s coach MaLek was very enthusiastic and confident to push his squad to their greatest limits. G2 was the runner up of IEM Cologne 2021.

Ninjas In Pyjamas: After the legendary Awper device joined the Swedish squad, we had high hopes from the roster. Device did perform great individually but that wasnâ€™t enough to take his team to be the champions. The roster is currently ranked at #5 in the world rankings. NIP didnâ€™t qualify for the playoffs.

Heroic: The Danish lineup defeated the mighty Gambit online in ESL Pro League Season 13â€™s grand finals when their IGL Cadian pulled off the insane 1v4 clutch in the match point. Unfortunately, Heroic only managed to play the group stages, shattering the hopes of their fans who expected them to perform exceptionally once again.

Natus Vincere: NAâ€™VI is in their best form right now. Replacing b1t with Flamie was the best decision for the team. 18-year-old young b1t had a spectacular performance on his first LAN and, it seemed like it was his tenth. S1mple annihilated everyone who stood in front of him. Boombi4 calls were right on and Electronic along with Perfecto also played nicely. It was a team effort that led them to be the champions of Starladder CIS RMR and the IEM Cologne 2021.

Blast Premier Fall 2021 is planned to be played on LAN with a live audience. PGL Major 2021 is also likely to happen in Stockholm in October this year. If the Covid situation around the world gets better, we may see more LAN tourneys happening with live crowds but nothing is confirmed as of yet. We hope the world recovers from the pandemic and things get back to normal soon. 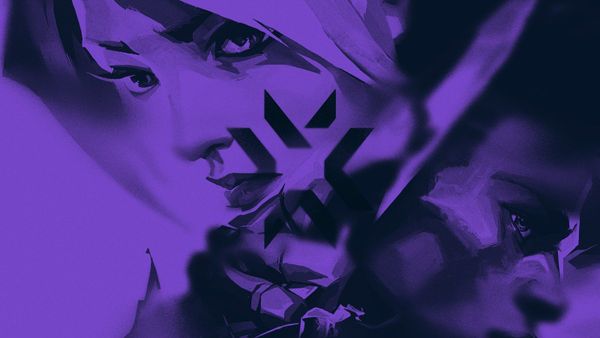