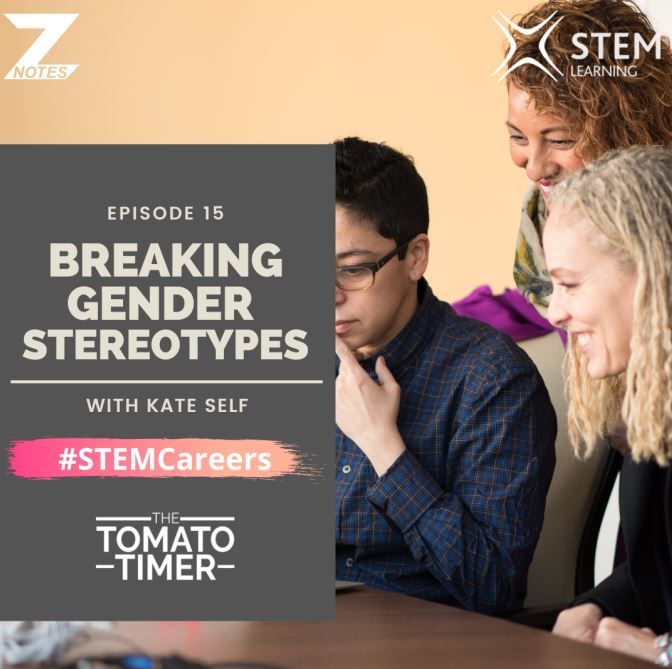 Both statistically and culturally, we are far from equality in all respects, including gender. The social differences seem to exacerbate when we look at STEM, an area that has always been dominated by men numerically.

Kate Self, as a female in STEM, has seen this closely, despite coming from a society considered comparatively egalitarian.

When I first joined, there were about 250 people in my building and just eight females.

Kate Self has been passionately active in the involvement of women in STEM. With overwhelmingly reduced numbers of women as compared to men, there is a lack of female role models in this field. And with young girls not having the opportunity to look up to someone like them, there is a certain level of discouragement that comes between their dreams. Kate wants to change this dynamic. She wants to see a shift in mindsets and the smashing of patriarchal norms and stereotypes preventing enough women from realizing their place in STEM.

She gives us a layout of her career and the experiences that led to it, the little moments that we often forget. She mentions the accidental meeting that got her vested into the field, the presentation that allowed her to unwrap her cocoon into the external world with the usual shyness aside. She goes into the details of the incidents that allowed her to be able to achieve what she has.

Looking back at her achievements, Kate reflects on her lack of belief in herself before she reached her current position. She could have never imagined being at that place. While Kate would not trade her last few years for the world, she encourages us to believe in our abilities. If she could do it, she believes that anyone can. And will that process not be more enriching if we can acknowledge our strengths and build upon them?