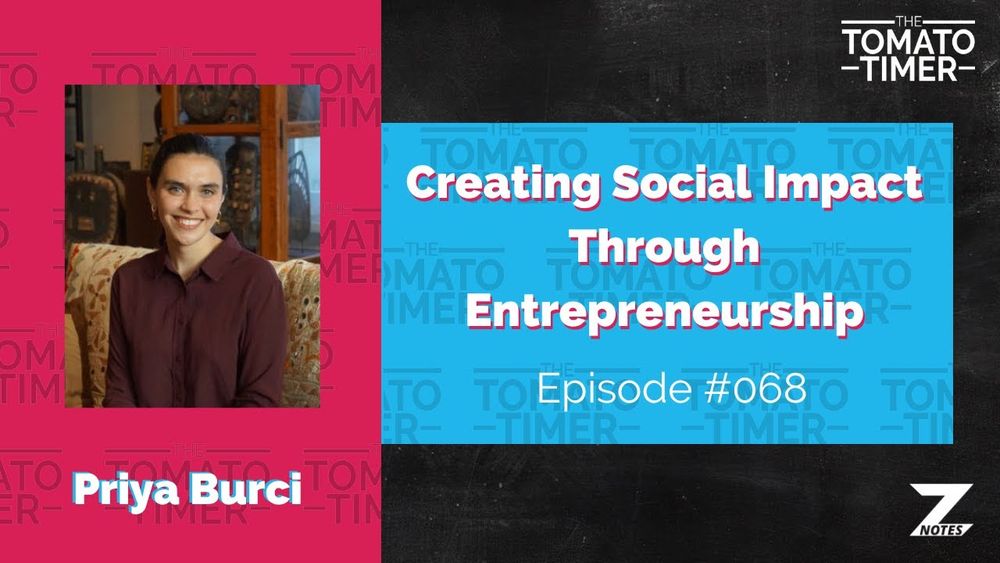 What do you do when you are struck by a massive problem and feel compelled to act? For Priya Burci, the former CEO of one of the most successful refugee coding schools in Europe and the current COO of a mental health startup, the answer is to do just that: act in ways that have the potential to create sustainable social impact.

When Europe was hit by a refugee crisis, Priya was hit by the realization of how there was a long way to go before the refugees could lead fulfilling lives; the lack of economic opportunities was a massive problem. Having previously worked at an NGO centred around data, Priya had also seen the vast number of opportunities available in the IT sector but often with not enough skilled workers to fill in these roles. Connecting these facets, Priya saw a solution: upskilling refugees to enable them to become economically empowered.

This was the vision of Powercoders International, an award-winning social startup that runs coding courses and tech job placements for refugees. In her role as the CEO of the startup, Priya launched Powercoders in Turkey, Italy and Spain and achieved a 90% graduate placement rate, making it one of the most successful refugee coding schools in Europe.

Priya is no stranger to both: the drastically unequal access to opportunities as well as the transformative impact once opportunities are made accessible to those who lacked them. She talks about how her grandfather was the first in her village to get educated, giving him opportunities that ultimately culminated in him working at the United Nations. Her background shaped one of her key beliefs that continues to guide her work today: if you have privilege and access to opportunities, use it to enhance access for others.

Priya also talks about the discourse surrounding two ways of uplifting people economically: economic aid and economic empowerment. While the two are sometimes seen as dichotomous, Priya sees them as being interrelated. Powercoders International, for instance, was empowering refugees to lead productive lives through job integration. Yet, it relied on the fact that its students' basic needs were being met through aid. So, in Priya's view, economic aid happens to be an essential precondition for economic empowerment. After all, as she says, how can one invest in a better future when they are not sure where their next meal is coming from?

Priya also delves into her current work at AIME, a mental health startup that offers customized guidance programs to help people find what techniques work best for them and build a sustainable routine. As AIME describes itself,

While there are not enough psychology practitioners to meet demand in public health systems across the planet, and while private therapy remains unaffordable for the majority, we are creating an innovative solution: AIME.

Weâ€™re determined to help a billion people by 2030 to feel better about themselves, their thoughts, their solutions, their relationships and their future.

While there are not enough psychology practitioners to meet demand in public health systems across the planet, and while private therapy remains unaffordable for the majority, we are creating an innovative solution: AIME.

Entrepreneurship is a learning journey - and one key takeaway for Priya from her experience is just that. It's okay to ask for help through this daunting process; it's okay to fail - and she doesn't need to be hard on herself.

Priya ends with a tip for making decisions less stressful. When things seem too massive in importance, when failure seems like a terrifying prospect, she finds it useful to ask herself: what is the worst that can happen? It turns out that most of the time, the worst is really not too bad!