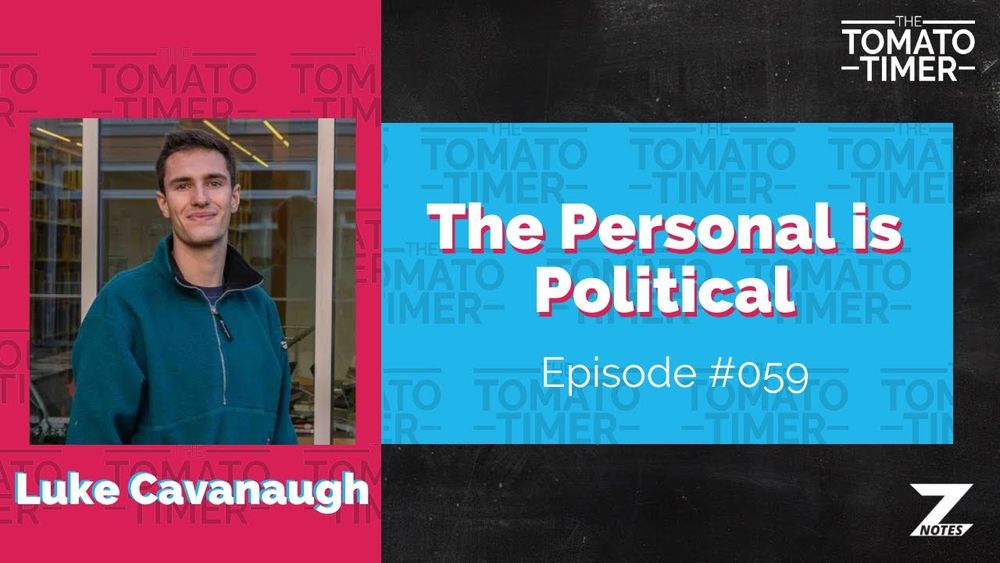 What does the word politic mean? In this episode, Luke and Zubair break down the concept of being political and provide advice and handy tips on how you can approach politics, without pressure!

Luke Cavanaugh graduated from the University of Cambridge with a first a few months ago. He is following the Schwarzman Scholar’s programme, a global leadership course and a Master’s in Global Affairs based at Tsinghua University in China. He co-founded the Student Think Tank for Europe Asia Relations (www.stearthinktank.com) where, together with a team of 50 volunteers working across 33 countries, he aims to strengthen relations and deepen cultural ties between Europe and Asia.

Luke talks about initially wanting to study politics and then switching to English Langauge, which gave him the flexibility to explore and do other things. He delves into his unconventional approach to life and honestly says that a lot of it was just winging it, but also completely throwing himself into every opportunity, especially new avenues. In just two weeks. Luke made the decision and even packed up and moved to China! If that isn't an example of diving into the deep end, I don't know what is.

The program he is pursuing in China is an extremely prestigious global affairs program. Because of how difficult it is to engage politically engage with the country, especially from the United Kingdom or the USA, the program is trying to create a new generation of leaders who can engage themselves with the culture and language to enhance communication. He also talks about politics in global affairs, putting forth the point that politics isn't just electoral, it's something that influences all aspects of our lives, including healthcare, education and security.

Zubair and Luke talk about young people in politics, touching upon the lack of a voice for the youth and how we're slowly seeing a shift towards a more inclusive atmosphere. Luke talks about the think tank he founded, which acts as a platform for young people to engage with politics. He stresses the importance of teaching people to be political, to further this engagement.

Luke also differentiates between the idea of being political that seems to exist, which is widely thought to mean supporting a certain party and between being knowledgeable about current affairs.