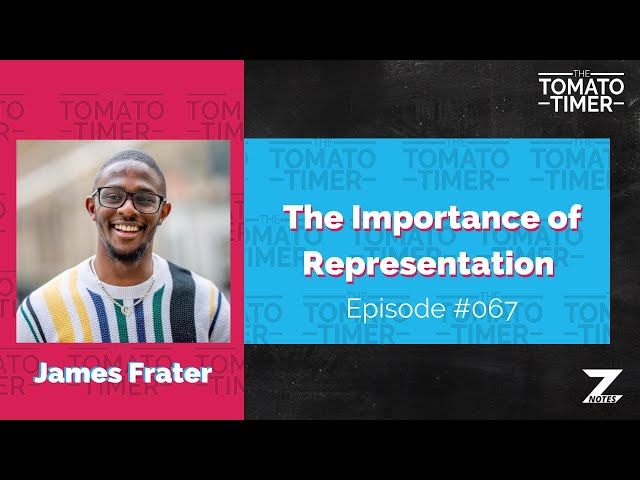 Why are some communities underrepresented in certain institutions and fields? And why is it so important to ensure adequate representation for these communities? In this episode, James Frates talks about the structural barriers facing marginalized communities and ways to realize D&I in its true sense.

What kind of school do you go to?

Disadvantaged groups' presence in top academic institutions does not happen to be proportionate to their population. James iterates how the reasons behind such discrepancies start early on.

The kind of school one is able to go to affects the educational resources one can access. Eventually, everyone goes on to take the same exams without having the same level of preparedness.

One can visualize the extent of this disparity by referring to a 2019 report by the Education Policy institute, according to which a child from a disadvantaged background in the UK is 18 months behind when they come to take their GCSEs - the GCSE curriculum lasts 24 months.

The results of your examinations substantially affect the educational institutions you can access, even though not everyone has had the opportunity to achieve their full academic potential.

James touches on various identities to highlight the intersectionality of such issues. He, for example, underscores the increased likelihood of ethnic minorities in the UK belonging to poor economic backgrounds. The differential access to education and resources amongst different ethnic groups explains the difference in educational outcomes amongst these groups.

Moreover, the amount of student-teacher interaction differs drastically among schools. In many public schools, for instance, this could mean that teachers do not have the time to really understand their students. As a result, many neurodivergent students end up undiagnosed without access to the accommodations they need. For example, James was unaware of his dyslexia until after the first year of university. Perhaps, he says, had he had the academic provisions he now does, he might have been able to perform much better at school.

In 1960s and 70s Britain, hundreds of black children were labelled as "educationally subnormal", and wrongly sent to schools for pupils who were deemed to have low intelligence.

James mentions this is an instance of a structurally racist policy, delving into how its consequences have intergenerational impacts being felt even today.

Why does representation matter?

Zubair shares an anecdote to emphasise the power of representation.

He mentioned a research study looking into school dropout rates of girls in an African region which concluded that the girls dropping out were materialistic; they, according to the research, were engaging in sex work.

Professor Linda Scott conducted similar research, arriving at a completely different conclusion. The primary reason why girls were dropping out had to do with period poverty - they did not have access to sanitary products when they began their menstrual cycles.

The first research happened to be conducted by a white elderly male; the second one was by a young female.

Firstly, although one can be empathetic towards the plight of another, the sense of attachment to one's community, in his view, means that one cares much more deeply about issues of that community - working much more actively and hence productively towards its upliftment.

Secondly, when you've lived through a problem, you have a much deeper insight into the nuances of it, and solutions that one comes up with cover many more dimensions.

When one is in a comfortable spot, it's easy not to question how things are; to be okay with their continuity simple because "that's how it's always been."

The way things are set up results in certain groups being favourably positioned over the rest. The way forward, therefore, requires a rethinking of the basic frameworks we take for granted. For example, the pandemic forced schools to switch to a digital mode. Despite the relatively smooth transition amongst those that had access to digital tools, until then, students with chronic illnesses had to compromise on their learning because they were told that it is not possible to cater to them.

Perhaps, rethinking what we have uncritically accepted as the only legitimate pathway can ensure that excluded groups are accommodated in ways they need.