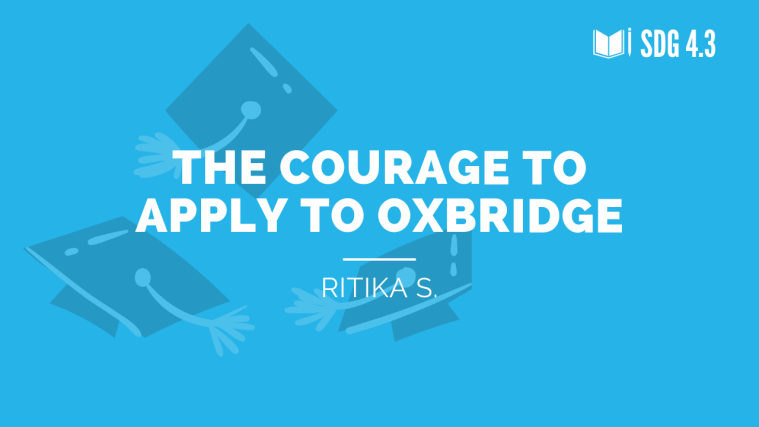 Unlike most contributors who join ZNotes, Ritika was not a prior user but the idea of helping more students access necessary resources resonated with her. Inspired by this and recognizing a gap in the ZNotes resource database, she applied as a
contributor with the aim to expand the exam board coverage to include the national curriculum of India.

And she didn’t stop there. While describing herself as one with lower self-esteem and often struggling to voice her ideas, Ritika became an integral member of the ZNotes team, interning as a Content Writer and later, a Newsletter Editor. As time went on and because her role required her to communicate with people, her confidence and self-esteem started to grow. She says if not for this, she wouldn’t see a difference in her writing, and importantly, she would not have had the courage to apply to Oxbridge.

Applying to Oxbridge was not something I would probably have thought about with such a low sense of self, but I think that's the most important impact that ZNotes had on me.

Passionate about social issues, Ritika continues supporting initiatives and causes at a variety of groups at the University of Cambridge, where she is currently studying Human Social & Political Sciences. She does not have concrete plans for the future, but wherever her future takes her, she knows one thing is certain - she would be focused on centering marginalized voices.